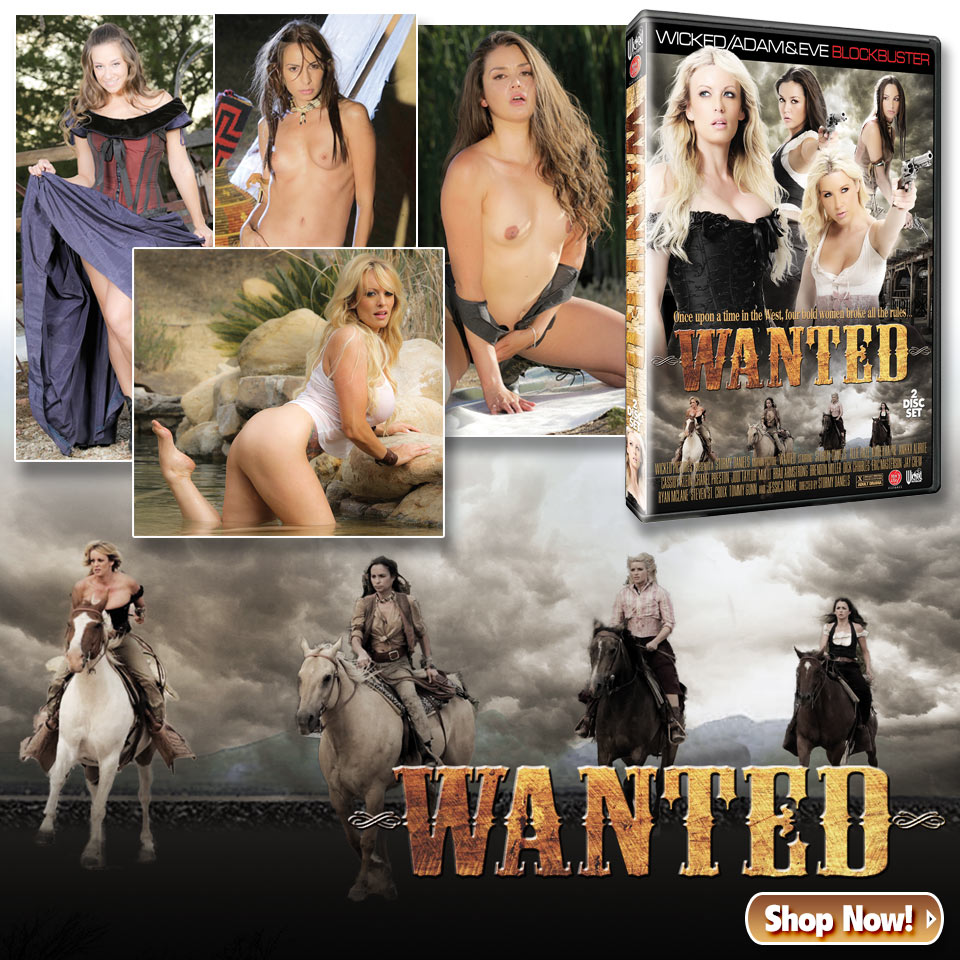 This lusty tale is set against the sprawling landscape of the Old West, in 1879 in Diablo City, Arizona – a hard town full of hard people. The suspicious death of wealthy landowner Frank Garrett (Jay Crew) and his bequeathing a valuable deed in his will to his beautiful widow (Jessica Drake) triggers a chain of unfortunate events which brings gunfire and bloodshed to the streets of Diablo City. Mr. Garrett has left behind a valuable secret, and everyone in Diablo City wants to discover it – especially mean-as-a-rattlesnake sheriff Dick Chibbles! The widow is rescued from the evil sheriff at the last minute by four unlikely heroines: women each with an interest in that deed. A twister of torrid sex and lawless gunplay results!

Apache warrior Tommy Lee takes two wives, and celebrates in his tipi by taking both Mia Lei and Amber Rayne in a lusty fashion! The two wives share his dick and then expand their passions to include each other’s pussies!

Good guy Eric Masterson enjoys one last heated screw with his beloved Jodi Taylor before she strokes him to a finish on her pretty face, hides the deed and watches him ride off to his destiny!

Saloon girl Stormy Daniels recounts a flashback encounter with a bounty hunter, badass Ryan McLane, in wild Kansas City, blowing him while he plays poker and then giving her a poke missionary style in the bedroom while her huge knockers struggle to burst out of her corset!

A chance to bathe in a wilderness spring gives Stormy, Anikka and Allie the opportunity to enjoy a forbidden outdoor lesbian feast! Stormy feasts on Anikka’s pretty pussy before they both finger and lick Allie from behind!

Horses, six-guns, Indians, saloons, heroic bravery and dastardly action make Wanted the DVD you’ll want most for Western action and explicit adventure! With bonus features aplenty, this will have you shooting your six-gun in the air to celebrate! – Ian Ironwood, VideoGold Reviewer

item(s) has been added to your cart