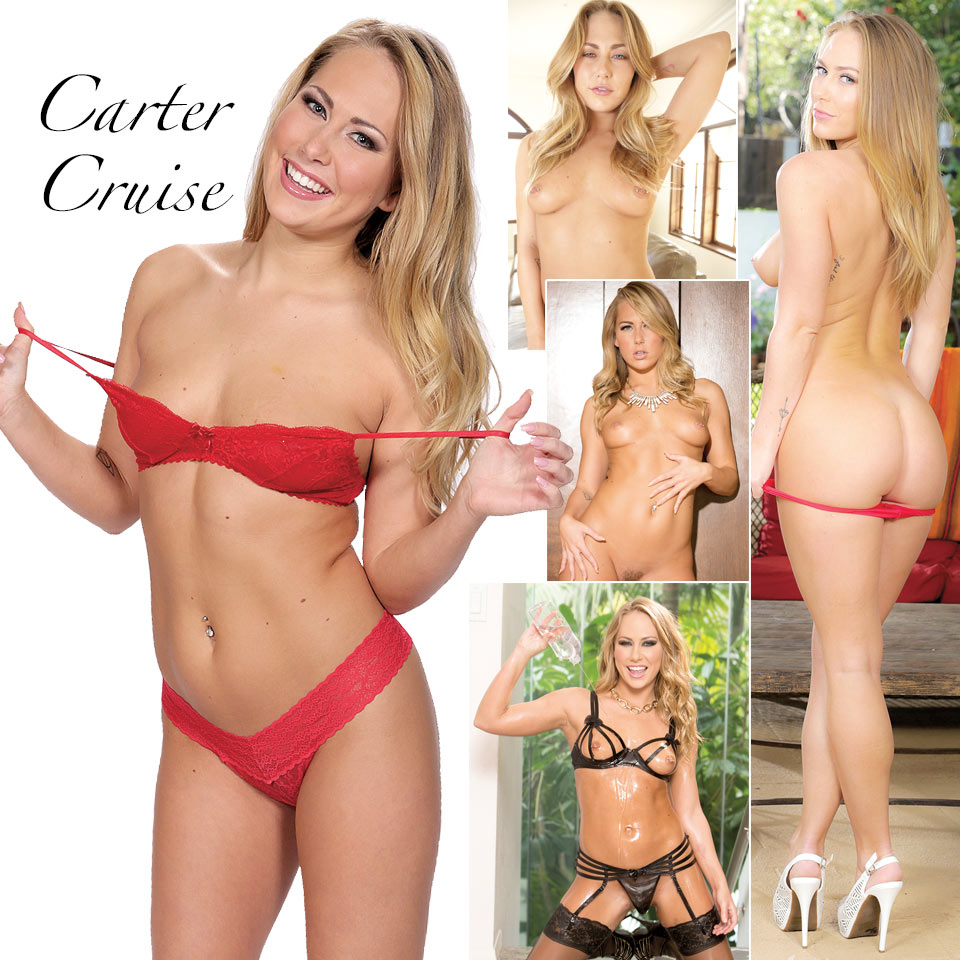 Adorably busty blonde bombshell Carter Cruise was born on April 24, 1991 in Atlanta, Georgia. Before she first began doing explicit shoots in 2013, Cruise's first job was working at Bruegger's Bagels for three weeks while in school – and never made bagel-making look sexier!

During her sophomore year at ECU, she started DJing. She knew a photographer, who had taken her head-shots for mainstream work, who also worked in the adult industry. Just a few weeks later, she began working with Florida-based talent agency East Coast Talent and shot her first adult scene in Miami. In late 2013, Cruise left her Psychology studies at ECU to pursue a full time career in the adult industry.

Cruise has not only appeared in X-rated features for Digital Sin, but also has worked for various adult websites. Her figure, her enthusiastic approach to sex, and her lusty style made her a favorite of the fans almost overnight. Reviewers have commented about her passionate performances and willingness to engage in extreme sexual acts early in her career, because they “felt right in the moment,” as opposed to being purely motivated by financial gain.

Want to know what Carter likes sexually? What gets Carter wet? "I like a lot of eye contact and intensity. Whether it’s intense physically, emotionally or mentally, I just like to feel that intense energy from another person. There are a ton of different ways it can be expressed and that’s what’s fun about sex for me.”

item(s) has been added to your cart